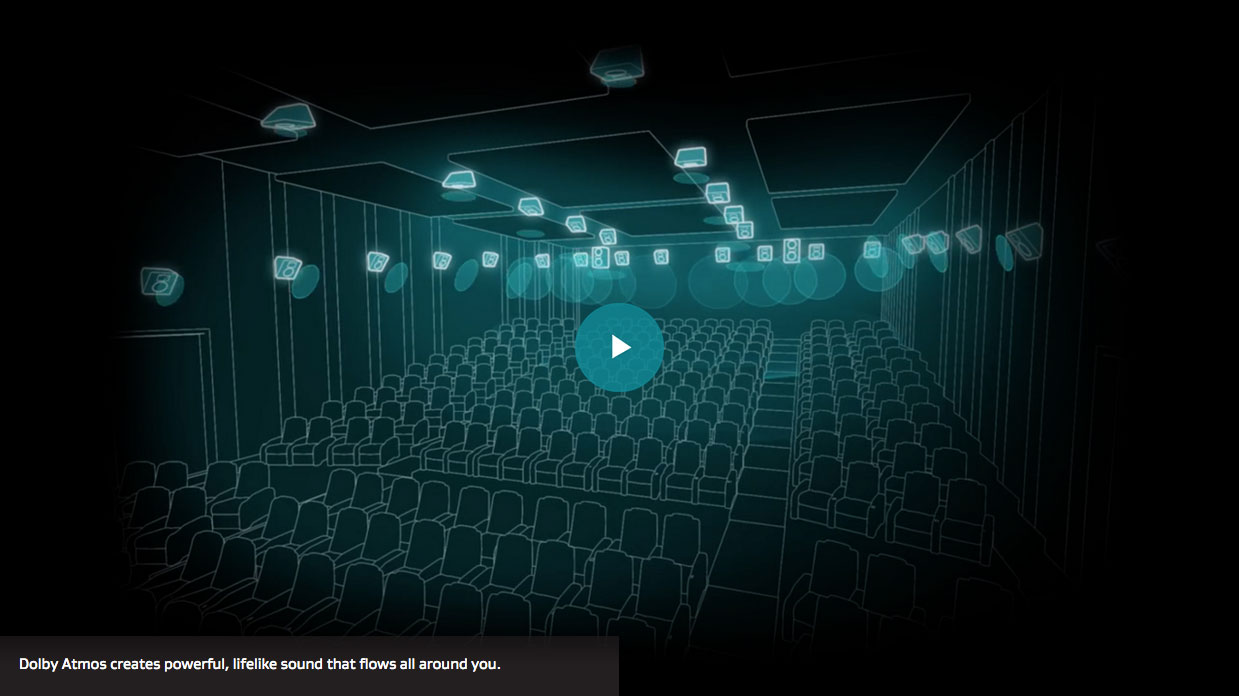 Fills the Cinema with Breathtaking Sound

Sound comes from all directions, including overhead, to fill the cinema with astonishing clarity, richness, detail, and depth.

It’s sound that excites your senses and inspires your emotions to deliver the full impact of entertainment.

Puts Sounds into Motion All Around You

The sounds of the onscreen story move all around you in three-dimensional space, so you feel like you’re inside the action.

Dolby Atmos® gives artists amazing new capabilities to tell their stories, accent their games, or perform their music—so you can experience the power of the artist’s vision.

Traditional surround soundtracks confine all sounds to a small set of channels that can deliver sound to you from only a few perceived angles. They cannot put sound above you. Further, sounds exist only as part of a channel mix. If one sound is emphasized in a traditional mix, another must be diminished.

In Dolby Atmos, by contrast, sound can be freed from channels. It enables artists to treat specific sounds as individual entities, called audio objects. These can be precisely placed and moved by the soundtrack creator anywhere in the cinema’s three-dimensional space—they are not confined to specific channels—though the artist can continue to use channel capabilities as desired. The Dolby Atmos cinema processor then determines which of a cinema’s huge array of front, back, side, and overhead speakers it will use to recreate this lifelike movement.

As a result, a Dolby Atmos soundtrack brings alive the onscreen story as never before possible. The movie’s sounds flow all around you to completely immerse you in the action, heightening the impact of the story and creating a powerfully moving cinema experience.

OUR TEAM IS READY TO HELP YOU.